The popular Wyze Cam V2 was released in 2018 and provided a new low price point in 1080P wifi cameras. Wyze re-marketed and provided after market functionality for the Tiajin Hualai Technology company which is a Chinese company.

Wyze decided to provide a tremendously user friendly application which would use the Wyze Mobile application for IoS and Android to manage the configuration of their cameras. Although this application is good for user friendliness, it lacks the ability to provide granularity of control to all camera functions.

One key function that I needed was RTSP streaming protocol to access the camera stream remotely via various network video recorder software (NVR). Wyze does provide a version of their firmware which has been tagged as beta or demonstration software for the last couple years. Using RTSP requires downloading this alternate software from Wyze and flashing it to each camer that you would like to have RTSP protocol enabled on.

The unfortunate part is that the alternate software does not provide the capability to enable the lastest Wyze features such as face detection. In talking to Wyze, they stil consider this software beta and is not under active development. in my use of this software, I have found cameras to be unstable and require rebooting often.

The Wyze hardware itself is made by Tiajin Hualai Technology as I mentioned earlier, but is sold retail in China to the Xiaomi company.

I discovered that Elias Kotlyar on Github developed his own after market firmware for the hardware that Wyze Cam V2 is based upon. His Github project is located at GitHub - EliasKotlyar/Xiaomi-Dafang-Hacks.

Xiaomi is a global company based in Beijing, China. They are huge! They are like a Samsung or Sony and are very well known for their cell phones, cameras, TVs, and smart home devices. This is their website Xiaomi Global丨Official Website丨Mi.com - Mi Global Home.

I own the Xiaomi Mi 4 band fitness/activity tracking band which was a mere $24 and I have at least six of their temperature/humidity sensors ($12 each) that I use in my Hubitat smart-home configuration in conjunction with Ikea TRADFRI Zigbee Control Outlet repeaters ($10 each). Despite Xiaomi’s low prices, they make quality gear.

I never liked the Wyze cameras because their firmware was so basic and lacked the ability to do things like have a snapshot URL and do RTSP streaming out of the box. In addition, the camera had to be configured and used from their mobile app which was not always completely stable.

The after market software that I am using is a complete replacement for everything that makes a Wyze camera a Wyze camera. Basically, Wyze bought a Xiaomi camera and put their own firmware on it which is what makes it a Wyze camera.

The process to making this $20 Wyze camera great again amounts to flashing the camera with a boot loader that then expects an operating system not in the camera, but rather on a micro SD card inserted into the camera. After completing the flash and placing the “Elias” firmware on an SD card, the camera boots up and no longer uses the Wyze app at all and no longer connects to the Wyze app and does not try to do anything in the cloud. It becomes a completely local network camera.

Once you follow the directions and build the SD card, the SD card is devoted to running the new OS. You edit a file on the card for your SSID and password and then when the camera is powered up, it connects to your wireless network. Instead of a mobile app, the camera now has its own Web Page interface to configure and control it. After testing, I discovered that the Wyze V2 camera performs best at 1280x720 (instead of 1080), at 15 frames per second and a data rate of 4000kbps.

Here’s what this part of the setup looks like on the new camera based web page (Wyze cameras have no web page based configuration): 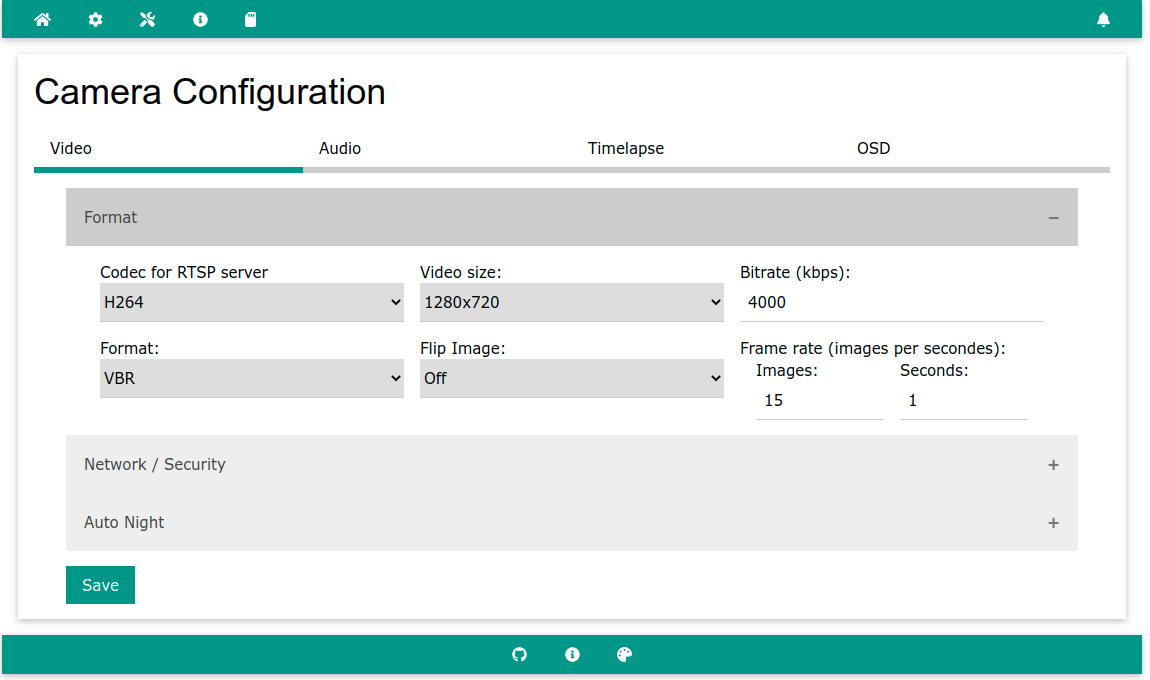 I was mainly interested in RTSP streaming, but this firmware does a lot more. Here’s another of the configuration pages. 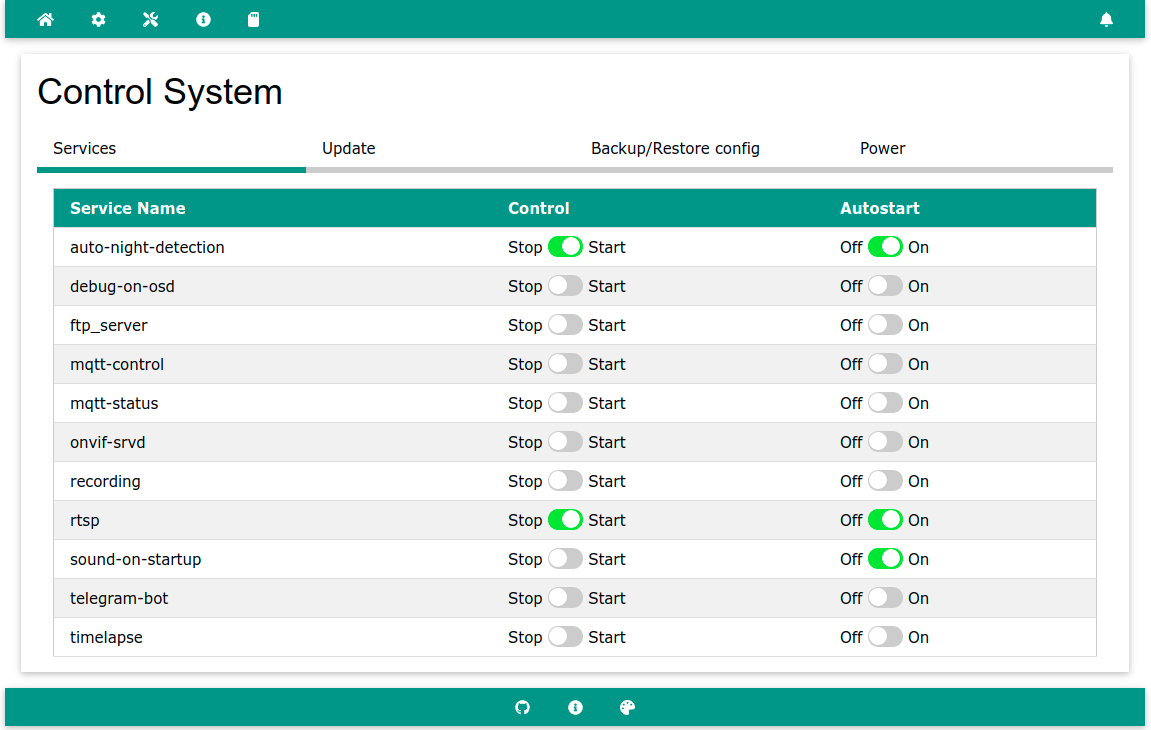 The stock Wyze firmware did not support RTSP at all. Wyze hhas the “beta” software that they never continued to develop which I mentioned above, but that did provide RTSP, but it was very unstable and would frequently lock up. This firmware is solid at the camera settings I have shown above. The addition of a snapshot URL and all the great functions you see above make this a great camera now.

I am now able to serve this camera through the Monocle Gateway software and the Monocle Alexa skill can be used to view these cameras on my Echo Shows and on my Fire TV sticks. In contrast, the Wyze Alexa skill had horrible video quality, would pixelate, and would frequently lock up. These cameras now work!

Since the cameras have a username/password, I use a firewall rule to pass port 8554 and only that port to the camera so I can view the RTSP stream outside the house. I use Onvifer by IPCent (Onvier - ONVIF® network camera viewer, discoverer, controller, recorder and explorer) to do my remote viewing. I also use it on my Fire TV Stick for direct connection to the cameras without Amazon cloud which makes them faster.

Since the cameras are now RTSP, it is also possible to record them 24x7 with network video recorders such as iSpy, Zoneminder, and Blue Iris.

The amazing part is the quality. Here is an example of a Wyze camera running this firmware shooting through a Window. There are no delays or freezing in the video. 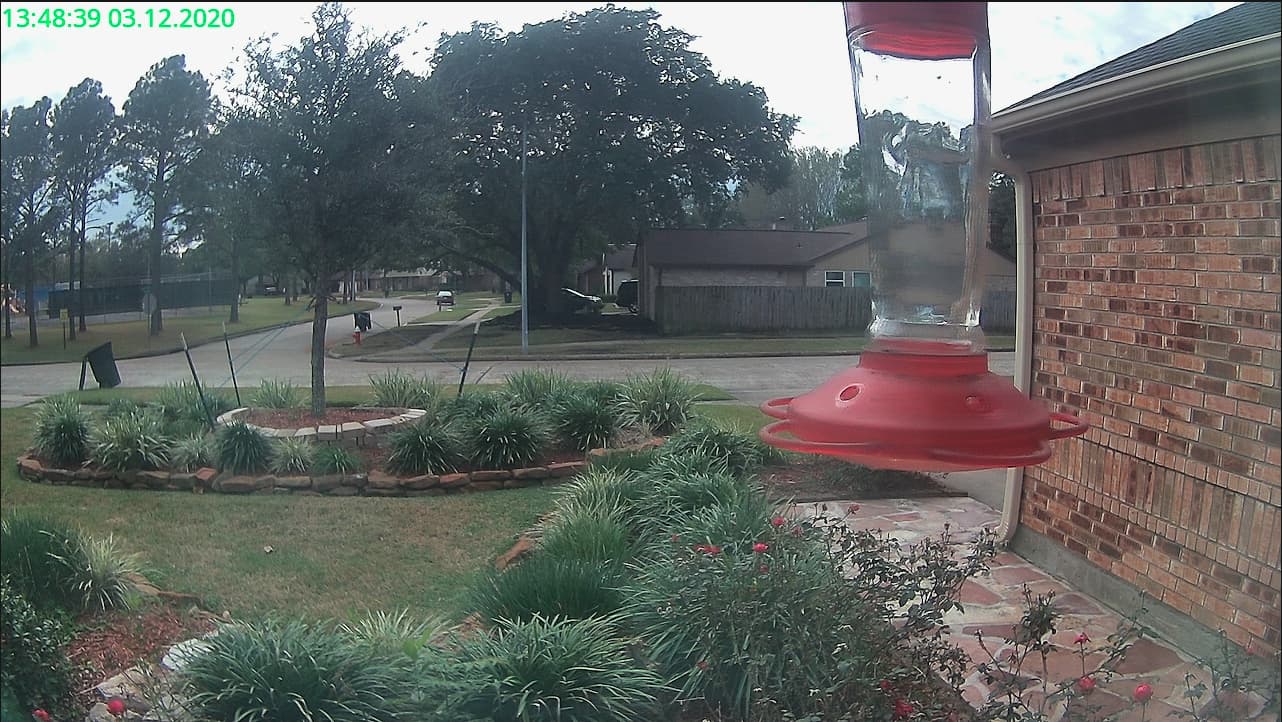 Here’s how to do the installation.

Installation of the microSD bootloader

Installation of the new Firmware

Hint: The security warning about the unsafe https certificate can safely be ignored. A self-signed certificate is automatically generated on your camera during the first startup. By its nature your little camera’s own certificate authority is not and never will be among the trusted ones delivered with the major browsers.

Usually, its not required to update the microsd-bootloader. However, if you are using the original firmware, you may be interested in the new version. You can just update through the MI-Home App.

If you already have a current custom firmware with custom bootloader installed, you only need to update the content of the microSD card

Remove the “run.sh” file from the microSD card.